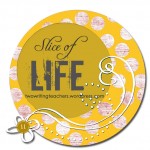 Disclaimer – In need of sleep, which means this post has taken far too long to write and may be riddled with errors.

Today, we had an impromptu hair-cut on the docket due to a certain little lady feeling too far from her normal self to have it cut last week.  Following  that, we decided to spend some time at the library afterwards.  I love the beautiful river view from the wall of windows, and the open space with books, puzzles, stuffed toys and foam blocks.  It’s a great place for the kids to play, so I thought I’d get a little work done as well.

As if that would happen.

In an attempt to “be present” in the moment, I decided to close my computer and work on the puzzle or read the books the kids eagerly brought me.  I realize it might reveal some lackluster parenting skills, but despite my best efforts, a looming appointment for which I needed to have a few things completed kept me from fully engage.

Once school ended, Garth showed up and began playing with us for a few minutes while we exchanged a few stories about our days.  When I realized we should get going, Seneca stood up and in an effort to help clean up – ended up dumping one of the most complex wooden puzzles to the floor!  I flinched at the loud disturbance.  Garth and Seneca stayed there to survey the scene and put the puzzle back together quickly, while I headed off to find Calder.

Head cocked to one side as if trying to read the titles, he was straining to keep an entire stack of nonfiction dinosaur books  from falling to the floor.  He seemed wary of the fact that I assured him I had a hold of the falling stack.  As I attempted to get a better position to help Calder, my laptop bag bumps the contents of yet another entire shelf behind me.  Books clattered to the floor, their cellophane page protectors clicking and crinkling as I stood there, sheepishly while Garth and Seneca approached.

We began to collect ourselves, our belongings, and the 25 or so books I’d sent flying.  In preparation, we told Calder he could have a choice between 2 particular books.  Choosing neither resulted in him getting extremely frustrated.  He began to cry.  No — wail or sob is more accurate.  Out of concern for her brother, Seneca joined in…

Further embarrassed, we coated and hatted two children, leaving the building with only tantruming toddlers tucked under our arms.

Leave a Reply to elsie Click here to cancel reply.