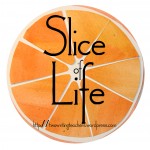 I walked up the ramp from the receiving dock, and instinctively headed left toward his classroom.  Then, I heard the bounce of a ball, and the pure joy of my kids’ laughter.  Stopping, I listened for a moment before immediately heading the opposite direction toward the gym.  As I neared, I picked up on just what drills their dad-coach was running with them.  It was toss-and-clap.  Rounding the corner and peering into the gym confirmed this, as I watched Calder propel the ball over his head and clap as many times as possible before attempting to catch it once again.

I stood in the shadows for a moment, just watching.  This team of three worked separately, yet together toward the common goal of activity and fun this Sunday afternoon at school.  In the half-light of the gym, my eyes were drawn toward my husband, his smile spreading across the whole of his face as he watched the kids, all the while dribbling his own basketball, his striped white dress shirt perfectly untucked.

“Mommy!” Seneca screamed, running toward me in her short denim skirt and white tank top.  I watched as they showed me what they’d been practicing and visions of hours spent watching them perfect these and countless other skills on this and other courts filled my mind.  I joined the fun for a few minutes when it was suddenly darker, only the emergency lights now illuminating the entire space.

My husband crossed the court.  “This, is how I absolutely love to shoot.”  He grins.  I can imagine his parents in their respective classrooms in the evenings or on Sunday afternoons while a younger version of the man before me spent hours in a dimly lit gym.  He continues to shoot, and I’m impressed by how many he makes.  I’m also impressed that after more than a decade of marriage, there are still new little discoveries to be made about this man I love.